Historically used as a military boot and first made available to the general public in the 1960s, the Monkey Boot had a distinctive tractor tyre design sole and became a staple of skinhead fashion. 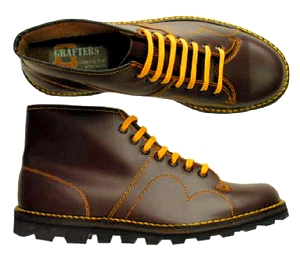 Hailing originally from Czechoslovakia, the boots were made by companies including Svit, Cebo, Marlone and Zuch.

British shoemakers eventually jumped on the bandwagon and began manufacturing imitations of the Eastern Bloc boots, although the Grafters brand monkey boots available in the UK today are the exact same product many kids wore in 1969 and still made in the same Czech factory