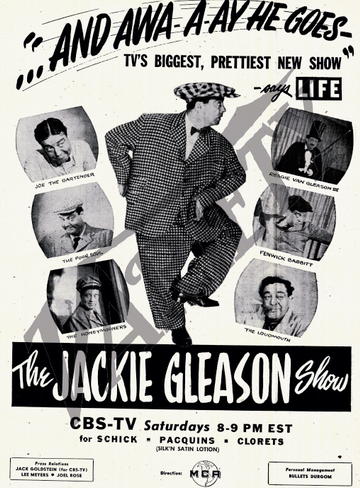 Before having his own named show, Gleason had starred on Cavalcade of Stars which was seen on the DuMont network from the summer of 1950 until CBS offered the rotund comedian a staggering (for the time) $8,000 a week (he was being paid $1,000 a week by DuMont) to appear on their network in a regular weekly series in 1952.

It was on this show that Gleason introduced his celebrated Ralph Kramden character in sketches called ‘The Honeymooners’. The skits featured Art Carney as Kramden’s friend and neighbour, Ed Norton, and Pert Kelton as his wife, Alice.

Gleason’s first Jackie Gleason Show for CBS was telecast live from New York City and many of his DuMont show cast members were also seen on the CBS show, including the June Taylor Dancers and the Ray Bloch Orchestra.

Audrey Meadows and Joyce Randolph joined the show (as Alice Kramden and Trixie Norton respectively) when the comedian began to once again feature his celebrated ‘Honeymooners’ sketches on his show.

Among the many characters Gleason played in his series were the Poor Soul, Joe the Bartender, the Loudmouth, magician Reggie Van Gleason III, Rudy the Repairman, and Fenwick Babbitt.

Jackie’s expressions “Awaaaaaay we go” and “a little travelling music please” before he went into another sketch, his title of ‘The Great One’, and his catchphrase “How sweet it is”, became as familiar to viewers as the comedian himself. 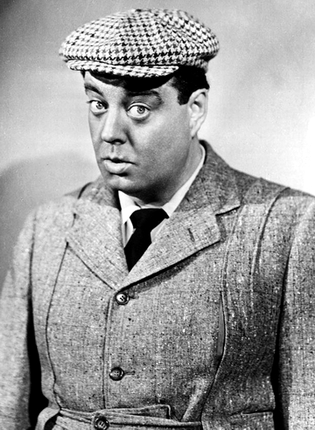 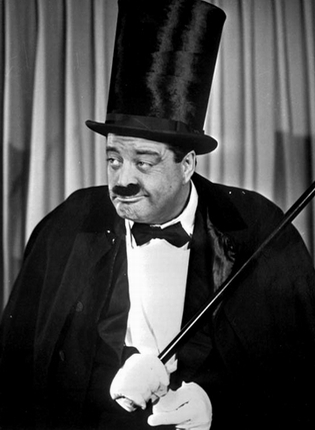 The original CBS Jackie Gleason Show ran for three years, but the popularity of the ‘Honeymooners’ sketches led to his dropping the variety show format and appearing in a weekly situation comedy series of The Honeymooners, which replaced his variety show for the 1955-56 season.

In 1958, Gleason returned with another variety show format, although most of his regular cast members had left the show by this stage. Jackie’s frequent second banana on this series was comedian Buddy Hackett.

In 1962 – after hosting the less than successful quiz show You’re In The Picture, and an even less successful Jackie Gleason talk show – Jackie returned to his variety show format and starred in a new series, The Jackie Gleason Show: The American Scene Magazine.

Wayne Newton became a protégé of Gleason’s and made frequent guest appearances on the show. In 1966 Art Carney joined Gleason once more on another Jackie Gleason variety show that originated from Miami, and the ‘Honeymooners’ sketches were revived, this time featuring Gleason and Carney as Ralph Kramden and Ed Norton with Sheila MacRae and Jane Kean as their wives, Alice and Trixie.

Gleason, known for his heavy drinking and other excesses, died of liver and colon cancer in Fort Lauderdale, Florida, in 1987.