His publicist confirmed that he died on Sunday (29th August) surrounded by family. Asner’s official Twitter account posted a message from his family, saying “Goodnight dad. We love you.”

Asner also won Emmys for his work on the miniseries Rich Man, Poor Man and Roots.

Within the film and TV industry, he was respected for his activism on liberal causes that were close to his heart and for his service as Screen Actors Guild (SAG) president from 1981 to 1985.

1 9 6 8 - 1 9 6 9 (UK) 15 minute episodes Jungle Jangle, Jungle Jangle, In the forest dark and green Big Chief Bilbo and his friends are the craziest tribe you've ever seen This children's puppet series... 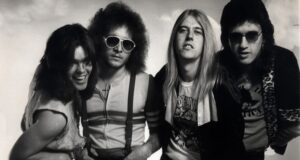 Sydney band Buffalo was one of Australia's pioneering heavy rock outfits, and by virtue of the band's appearance on the Vertigo label (they were the first Australian outfit signed to the collectable label), their sound...

When her club-owner fiancé (Larry Don Johnson) is beaten to death by gangsters, foxy lady Sugar Hill (Marki Bey) decides not to get mad, but BAD! She travels to the swamp and entreats voodoo queen Mama...