Although a white man ‘coloured up’, New Zealander James Laurenson took the lead in this popular Australian series about the half-Aboriginal/half-British Detective Inspector Napoleon ‘Boney’ Bonaparte whose beat was the Australian bush. 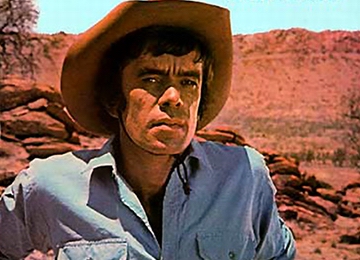 It shouldn’t have been the busiest patch for crime, but Boney – who had the ability of the Aboriginal tracker –  found plenty to keep him occupied among the farmers, prospectors and drifters of the outback.

The series was based on a series of outback mystery novels by Arthur Upfield and filmed in Central Australia by Fauna Productions, the same company that made the Skippy and Barrier Reef series.

Boney received only sporadic screenings in the UK.