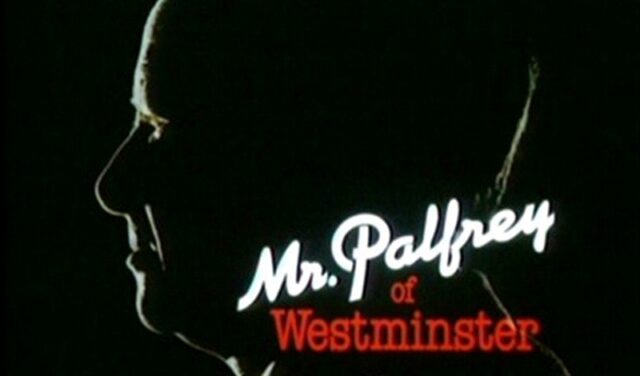 Mr Palfrey (Alec McCowen) is a mild, unassuming middle-aged man – the quintessential middle-rank British civil servant – who enjoys a spot of fishing in his spare time.

Mr Palfrey (first name never given) is also a spook.

As a senior investigator for the Special Intelligence Service (SIS), Palfrey’s office is based close to the Houses of Parliament and his work is assigned by his ‘iron lady’ female boss, known only as the Coordinator (Caroline Blakiston).

Assisting him is vicious action man Blair (Clive Wood), a younger man adept at dealing with the nastier aspects of counter-intelligence.

1 9 5 8 (UK) 77 x 30 minute episodes Since the demise of The Grove Family, the BBC had lacked a twice-weekly serial. Envious of the ratings success of ITV's Emergency - Ward 10, the BBC unleashed Starr and Company in...

1 9 6 5 (UK) 18 x 30 minute episodes This twice-weekly serial from BBC1 was based around the residents of an exclusive block of apartments in London (at 199 Park Lane, natch). The series did not do well....

Power, The Passion, The

1 9 8 9 (Australia) The Power, The Passion was another short-lived daytime Aussie soap.  This time revolving around business tycoon Gordon Miles, a man with no conscience, who is nearing the end of his life. Miles manipulates all...